Anne of the Thousand Days: Meet the Cast

Lisa Burton (Norfolk / Servant / Singer) is happy to be back on the Dragon stage and working with such a talented ensemble of artists.  She has previously appeared at Dragon Theatre swashbuckling in Shoggoths on The Veldt, rapping in The Making of The Star Wars Holiday Special, ring leading in Cirque Exotique du Monde, and organizing junk in The Charitable Sisterhood of The Second Trinity Victory Church.  Other credits include the comedies Exit The Body and Rumors (Santa Clara Players), The Millionth Production of The Christmas Carol (The Pear) as well as the podcast Church Biz available on Spotify.  Lisa is deeply grateful to her awesome, supportive family: Drew, Andrew, Zoe and Bolt as well as her best friend and partner in crime, Ashley. 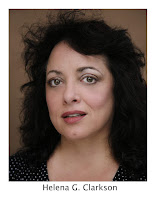 Helena G. Clarkson (Cardinal Wolsey / Madge / Thomas Wyatt, Singer) is happy to back onstage at Dragon.  She was last seen here as the Female Chorus in Libation Bearers and Ginger in Becky’s New Car. She has performed at many of the local bay area theaters including Foothill Musical Theater, Tabard, Santa Clara Players, and the Pear. Helena received a BA from Santa Clara University in 2007 (double major in Theater and English), after she completed two AA’s at Foothill College (Theater Arts and Human Performance). Helena would like to thank her son for supporting her every endeavor and everyone here for supporting live theater!!

April Culver (Thomas Boleyn / Elizabeth Boleyn / Thomas More / Bailiff) Recent performances include: The Grapes of Wrath (Rose of Sharon) at Los Altos Stage Company, Shakespeare in Love (Viola) at Palo Alto Players, King Lear (Cordelia / Fool)  B8 Theatre, In the Next Room… (Mrs. Givings, SFBATCC Nomination), A View from the Bridge(Catherine) and Uncle Vanya (Sonya) for Pear Theatre, and A Midsummer Night's Dream (Helena), As You Like It (Celia), and Hamlet (Rosencrantz) at Silicon Valley Shakespeare. She thanks her friends and family for their love, humor, and support.

Ivette Deltoro (Anne Boleyn) is happy to be working on her first show at Dragon Productions. Past credits include: Spending the End of the World on Ok Cupid at The Pear Theatre (ensemble), Silicon Valley Shakespeare's Hamlet (ensemble/dance), and Epic Immersive’s Matthew Briar and the Age of Resurrection (Isabela Martinez). Ivette also works with City Lights Theater Company where she originated the role of Clara Krieger in the world premiere of Truce: A Christmas Wish from the Great War, and was a TBA nominee for her role as Caroline in Lauren Gunderson’s I and You. She is a graduate of the Foothill Theater Conservatory and serves as the Casting Assistant and Patron Experience Manager at City Lights Theater Company.

Tonya Duncan (Mary Boleyn, Percy, Cromwell, Jane Seymour) is thrilled to make her Dragon debut! Past roles include: Club Secretary in Sherlock Holmes and the Adventure of the Suicide Club (Silicon Valley Shakespeare), Texas in Cabaret (City Lights Theatre Company), and Anne in Miss Bennet: Christmas at Pemberley (City Lights Theatre Company). When not in the theatre, Tonya can be found playing with her puppies, pestering her boyfriend, and procrastinating by watching all the bad horror movies Netflix has to offer.

Ronald Feichtmeir (Norris / Fisher / Courier / Servant) is pleased to return again, and work with the nice folks at the Dragon Theatre. Recent credits at the Dragon include Medford Pumbleshire in Shoggoths on the Veldt, Dr. Singer in Cirque Exotique du Monde, and personal favorite of his, Estragon in Waiting for Godot. Ronald is a Bay Area Native, a graduate of Los Altos High School, Foothill College and University of California Santa Cruz. He loves theatre and films. 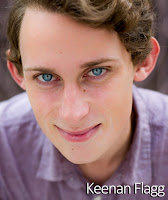 Keenan Flagg (Smeaton / Musician / Servant, Loughton / Kingston) is ecstatic to finally be working at Dragon Productions Theatre Company. His recent credits include the Porter in Silicon Valley Shakespeare’s production of Macbeth; and the Loud Stone in Eurydice at City Lights Theater Company. When not on stage, Keenan works as a voice and writer with Play On Words.

Peter Ray Juarez (Henry VIII) is very thankful to be making his return to the Dragon Productions Theatre Company where he last appeared as Evan in U.S. Drag. Selected credits: Duncan in Leading Ladies at Hillbarn Theatre, Henry in Northanger Abbey at The Pear Theatre, Tom Snout in A Midsummer Night’s Dream at Livermore Shakespeare Festival, Betty/Edward in Cloud 9 at The Western Stage, and Wintergreen in Catch 22 at Los Altos Stage Company. He earned an MA in Theatre Arts from San Jose State University and holds a BA in Theatre Arts from California State University, Chico. He would like to thank Haley and his friends and family for their love and support.
Posted by Dragon Theatre at 10:00 AM

Dragon’s mission is to produce professional theatre that is uncommon, intimate, and accessible to its audiences, artists, and community. We are located in downtown Redwood City and hope you can join us at the theatre this year!
Our official website can be found at http://www.dragonproductions.net/
Contact us at info@dragonproductions.net

Dragon Around the Web

Promote Your Page Too

Quote of the Moment

I regard the theatre as the greatest of all art forms, the most immediate way in which a human being can share with another the sense of what it is to be a human being. - Oscar Wilde